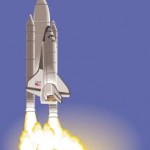 I launched my new site last Monday and had been planning for this launch date for a couple weeks. When launching a new site (like any product) you hope goes as smoothly as possible. Hope is the key word. Does it actually go that smoothly? Ha! That’s a silly thought.

I apparently forgot the wisdom of checking things not once, but twice or three times.What happened?

1. My Email subscription link did not work.

2. My RSS subscription did not work

3. My Facebook link went to a different “Pam”‘s page.

1. Easy fix. Took me a minute to fix a Feedburner issue. (Thanks Lane for pointing this out).

2. Not an easy fix. Or at least not for me. Thankfully the awesome Mike Troiano alerted me to this issue. I almost had a panic attack thinking people couldn’t subscribe (when this is the way most people like to – easy and simple to do). I immediately contacted my friend who helped me set up the site. He unfortunately couldn’t tackle the issue until later in the day. I tell myself, “breathe Pam breathe!” The issue will be solved. It’s ok if you just tweeted out to the world and Facebooked about it and emailed all your friends that your site has been launched. They may come back later and subscribe….ha! Yes I freaked out. As I sit in my global branding class and freak out some more as my friend is unable to figure out the issue…I brainstorm all the individuals I know who have some web/coding smarts. I thank the many stars that I had formed a friendship with the great David Wells who solved my issue in…wait for it….10 minutes!!!!! I couldn’t have been more relieved. It may have taken all day, but that glass of wine at 11pm was well worth the wait. Thank you Dave – you rock! And you saved me a heart attack or two. Being 27, I think I am too young for that heart attack, just yet.

So what did I learn? Check your links people. Check them not once, but twice! And preferably have someone go through them for you before you “officially” launch. This is what I would have normally done in a work setting…but woops!

At the end of the day all is well and I am breathing easy again.

After attending numerous social media networking events such as the 140 conference, and now Podcamp (and soon to attend FutureM), I can officially claim my “nerd status” without rebuttal. Although, I was only able to attend the 2nd half of this weekend’s PodCamp conference (can you blame me for wanting to run the Susan G. Komen 5K on Saturday as well?) — it was well worth the commute over the bridge to lovely Cambridge.

I definitely enjoyed David’s talk as I’ve worked for a local nonprofit (Commonwealth Shakespeare Company) for about 2 years, where I also utilized social media platforms in order to spread the word n’ do some “social good” for a non-profit that has given such cultural enrichment to the community of Boston.

Morriss hit a hot topic with geolocation. Although I am not a big fan of letting people know where I am via Foursquare and other geo apps, I realize the impact these apps are having on businesses. If a business utilizes an app like Foursquare or Gowalla in a way that consumers are pumped to participate and use it, then it can reap great rewards for that business.

Chris, entertaining as always, kept the audience laughing and intrigued by the different tools that podcasters have at their disposal for delivering their content to their audience. Who knew it could be so easy?

Last but not least Lane and Avrom were the perfect duo — they created quite a discussion regarding privacy and young social media users. How will the new generation of teens impact social media in the future? Guess we’ll have to wait for Lane and his fellow teens to show us.

After a jam-packed day — I am looking forward to seeing these speakers and those I missed again at a future conference. Until then — I salute my fellow social media nerds that I am not only impressed with the work and involvement of each person at these conferences, but look forward to see what develops next…